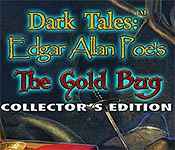 Touch the character to speak to him. The notebook will glow when there's a new entry. Touch it to read clues and learn more. You can interact with the world or pick up an item by touching it when your cursor changes to a hand. Take a moment to look for sparkles around the scene. Sparkles indicate an area that you can interact with. To use an item, pick it up, move your cursor where you want to use it, and then apple it to that spot.