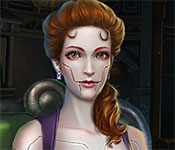 PuppetShow: Faith In The Future is a Hidden Object Game, developed by AMAX Interactive, published by Big Fish Games on July 13, 2018. This review is created by BD Studio Games.

The PuppetShow series currently includes several games. This is the latest in this series. The game's graphics are as beautiful as ever, and the dubbing of the game characters is also very good, making people feel very fit with the characters in the game. The music of the game is just right, giving people a feeling of being there.

Some of the puzzles in the game are very interesting, and there are two difficulty options, either in casual mode or in hard mode. 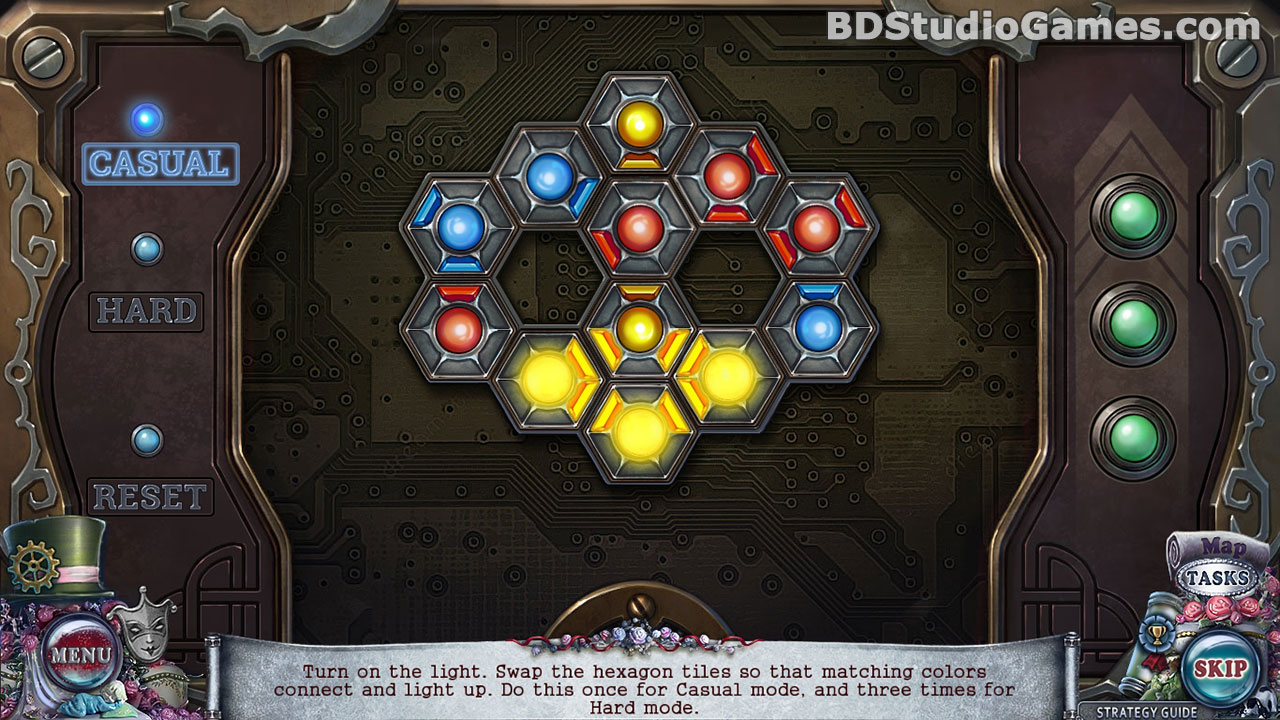 The game development team tried to break some common interactive techniques in the past and do some more innovative interactive experiences. As shown in the below image, the player needs to drag the mouse to push the heroine into the room next to it. 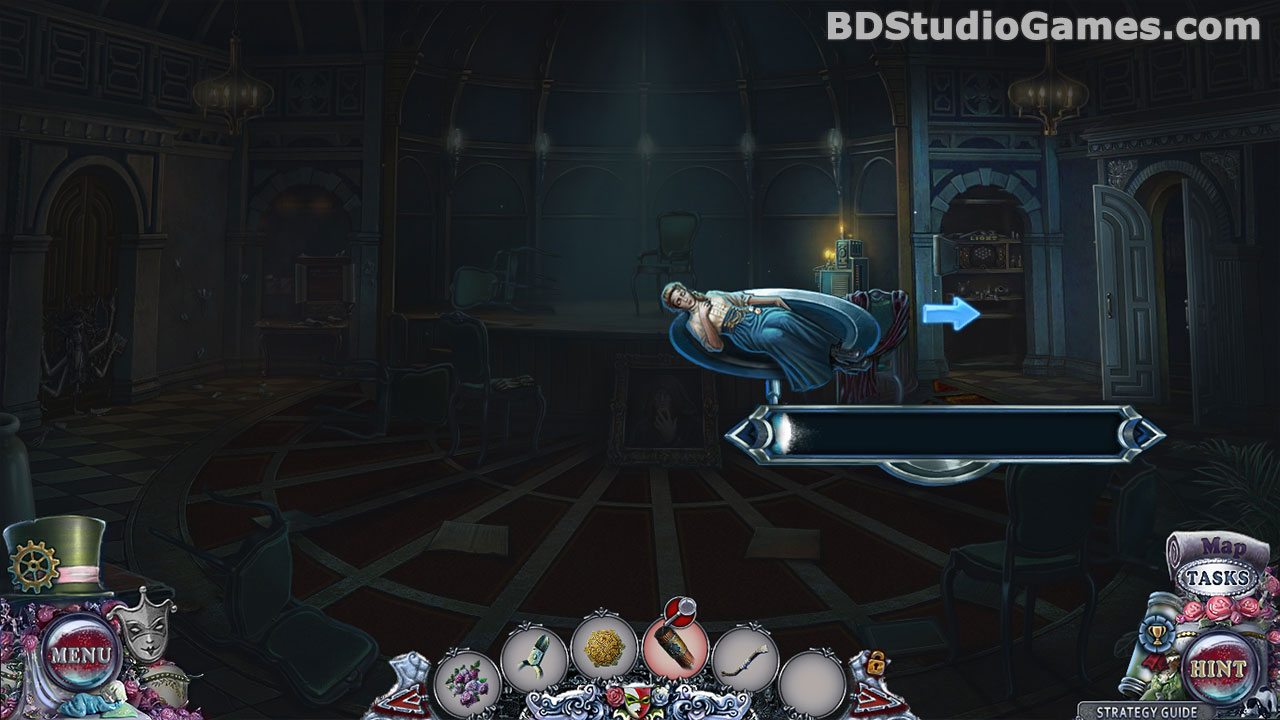 Some of the places in the game to find items are not very simple to find the pattern of the item according to the word, but have some changes. Sometimes you need to use the items in the scene to interact with each other before you can find new items. For example: use a tool to unscrew the screw, embed the item in a space, and so on.

There are some very creative little puzzles in the game, such as the puzzle that matches the petals is very interesting. 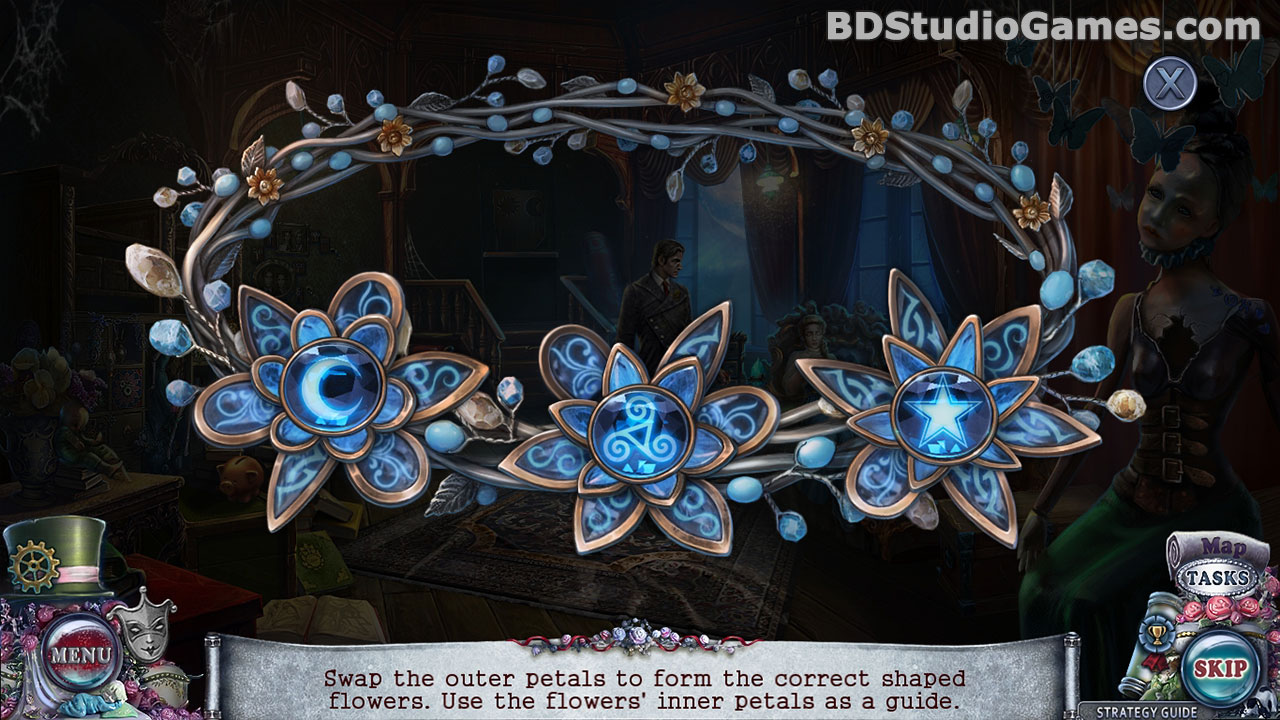 Some small puzzles really left a deep impression on me. They would let the player have some relaxing time in the progress of the nervous story, so that they can better appreciate the ongoing story of the game.

One thing that needs to be mentioned in particular is that the progress of storyline and the interaction of the game are very good. Sometimes when the player completes an action, there will be voices in the game, constantly pushing the game's plot development.

The use of environmental sound effects has created a very good atmosphere for the game. The small animation formed by the particle system is very helpful for setting the atmosphere of the whole game. I think this is a very addictive game, it is worth taking the time to experience it, I recommend this game.

The combination of mini games and plots is also very good. For example, when fighting, players need to play mini games. Only when the game is cleared, the player can defeat the opponent and the game will continue.

When I was in HOGs, the music of the game became very beautiful. I really like it. I can see it that the game's development team is making this game with heart. 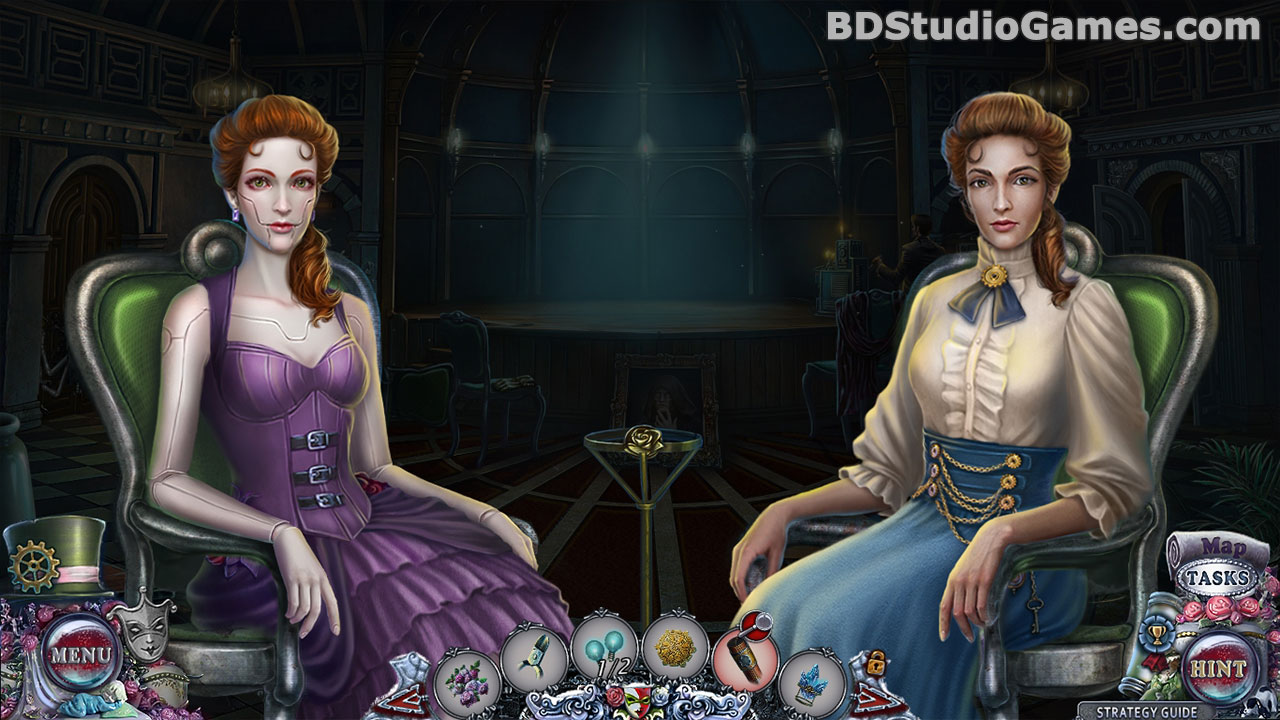 The narrative of the story is also very special, not the usual tiling. The game appeared in the beginning of a black man, he said something to the player, at the time, I felt very strange, what exactly does it mean? Then in the course of the game, with the development of the plot, the black man appeared again, still the same words, but at this time, you will find that it is such a thing, people suddenly realized. Very good story.

The storyline of the game is very fascinating, and it's really a twist. After the player's character is killed in the game, he recreates his body with mechanics and begins to search for the truth. So who is manipulating all this behind? Please forgive me for not being more spoiled.

In general, this game is really a very hard-working game, I give 4 stars (5-stars system), BD Studio Games strongly recommended, absolutely worth the money.

Go this page to download the game: PuppetShow: Faith in the Future Collector's Edition