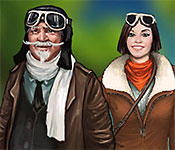 Storm Chasers: Tornado Islands is a match 3 game which developed by Lazy Turtle Games. I am a match 3 game enthusiast, so I am very willing to write a review for this game. In general, this game is not bad, the biggest highlight of the game is its storyline. I give this game 3.5 stars. If you are a match 3 fan, I recommend you try this game.

The storyline of the game is still quite attractive. As the player Alex crossed a storm, she fell from the airship, fell into a strange rainforest, and was separated from her companions. As the game progressed, she found her pet dog Muffin, as well as the Professor Finch, and the aborigines in the rainforest. What kind of story will there be between them? 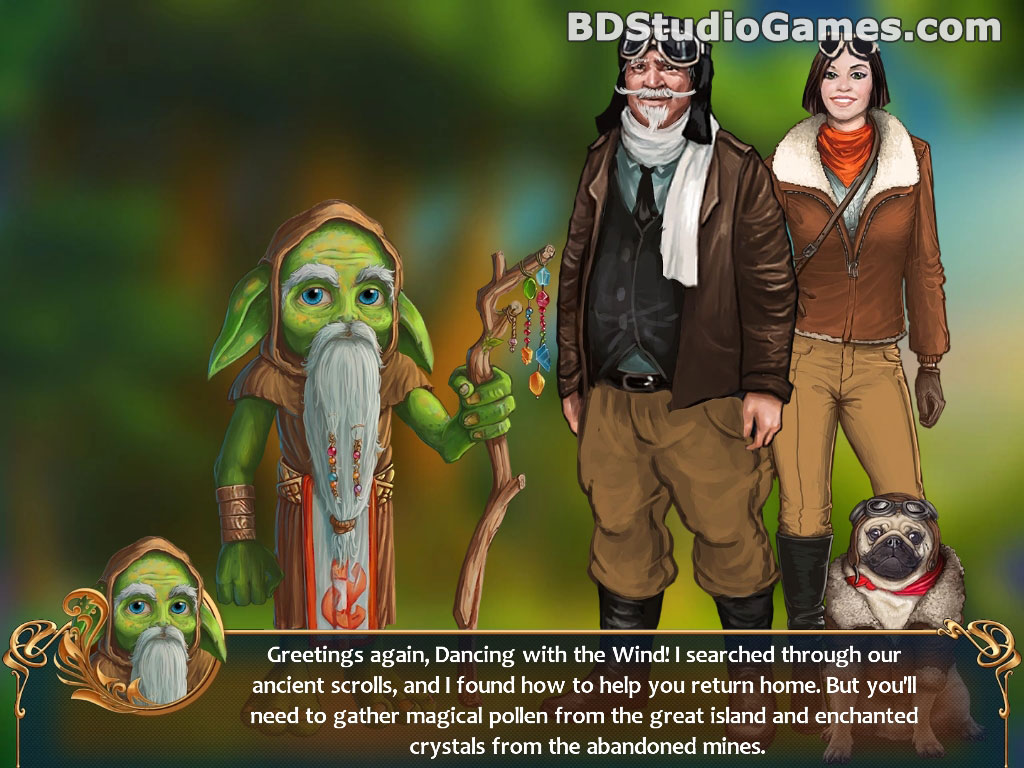 The game's clearance is basically the same as other similar games. There are no major improvements, including collecting items, clearing blocks, and so on. There is basically no improvement in the game's Powerups. Matching more than 5 gems can generate a Powerup, and you can also blow up the hard-to-clear places by collecting Powerups that fall to the bottom.

The game has a better design, that is, after each level, there will be a small Mini-game, or mahjong game, or use the resources in the game to buy items, help the npc in the story to build their home. This is where other developers need to learn. In general, the match 3 game is a very frustrating game. After each pass, the player will feel very tired. If there is a short break, the game experience will be better.

The picture below is a Mini-game. Players need to take out vines to release the dog Muffin. 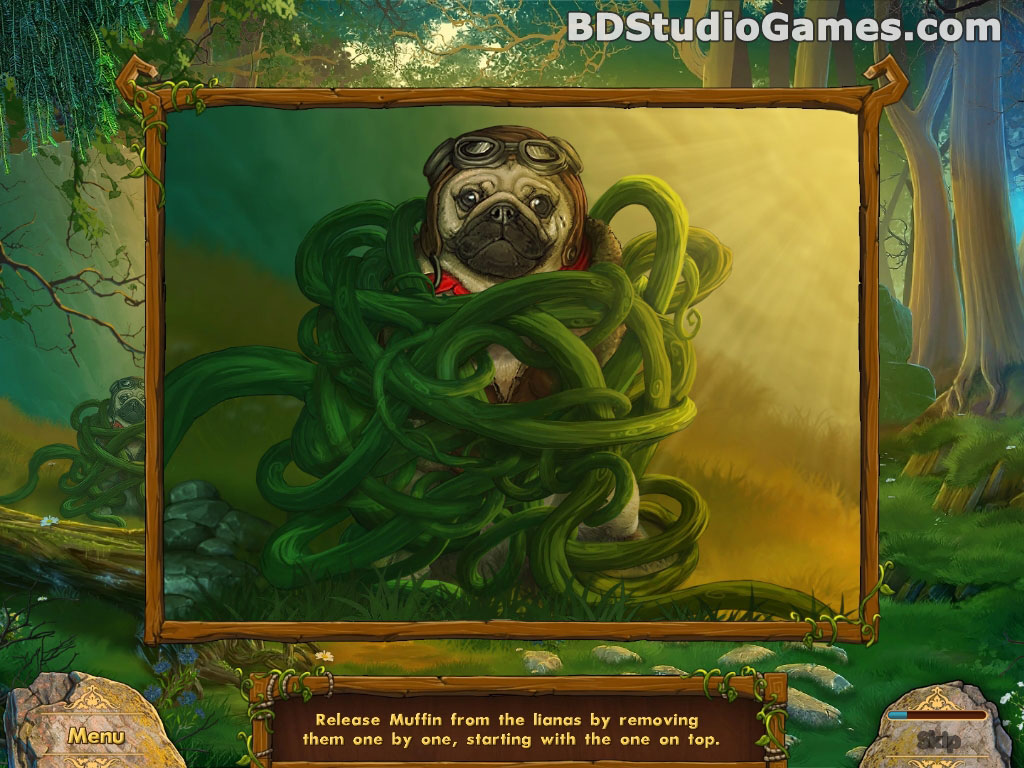 Below is a Mini-game that find hidden flowers. 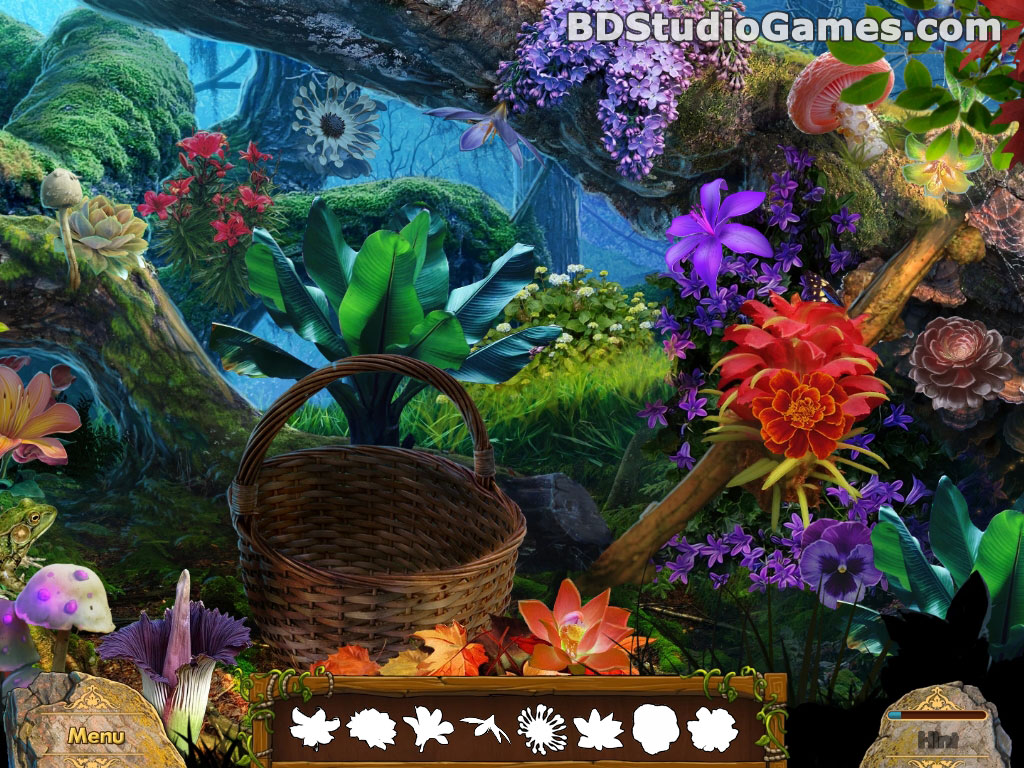 Compared to the other match 3 games, there are no major improvements in Storm Chasers: Tornado Islands. But there are also some minor changes, such as: In the later levels, there will be bees appearing, constantly falling on the plants, interfere with the player's operation. But they also turn the plants into honey for the clearance. Sure enough, bees are good friends of humans, right?

The game has a help manual. Players can view the current level objects, the info of power-ups and other related information in real time. There is a reset button at the right bottom, can regenerate the plants. In the later levels, we can use it when we got stucked.

In the game, you need to use your accumulated resources to purchase items to help the NPC build their homes. This reminds me of it, I seem to be coming to the planet Pandora in film AVATAR. 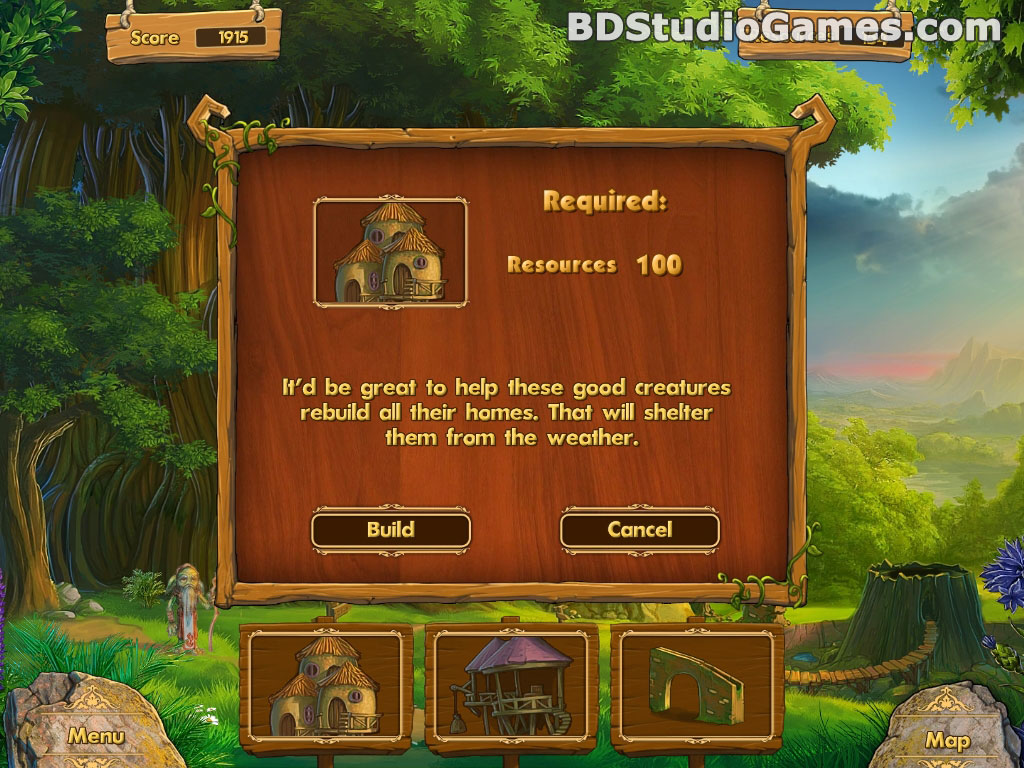 In addition, the game also includes two additional gameplays, Challenge mahjong and Challenge Match 3, but you need to be able to unlock after completing a certain story levels.

Thank you very much, these are some of my feelings about Storm Chasers: Tornado Islands. In general, I give it 3.5 stars for this game. If you are a fan of match 3 games, then you should try this game, and its storyline is not bad.

Sign-up to get informed when the Storm Chasers series has new game released with BD Studio Games' FREE bi-weekly newsletter.