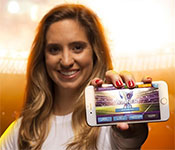 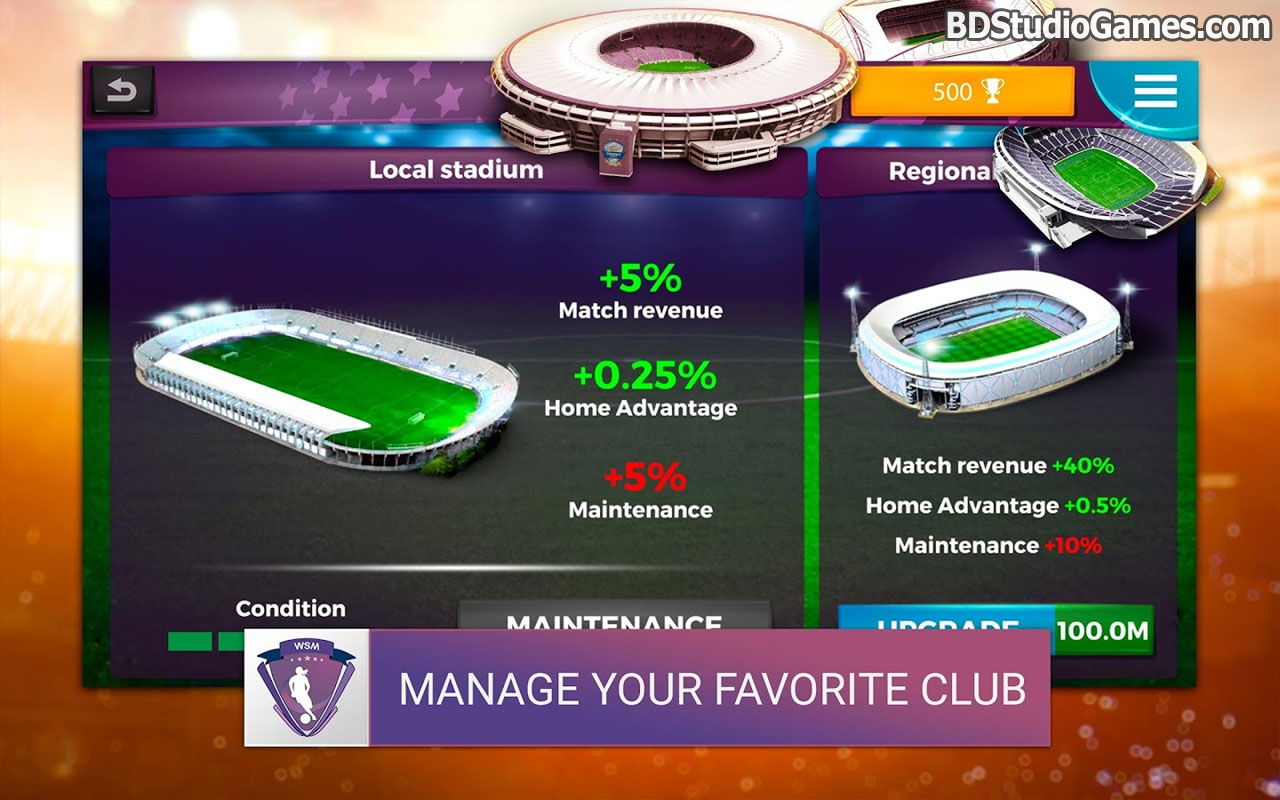 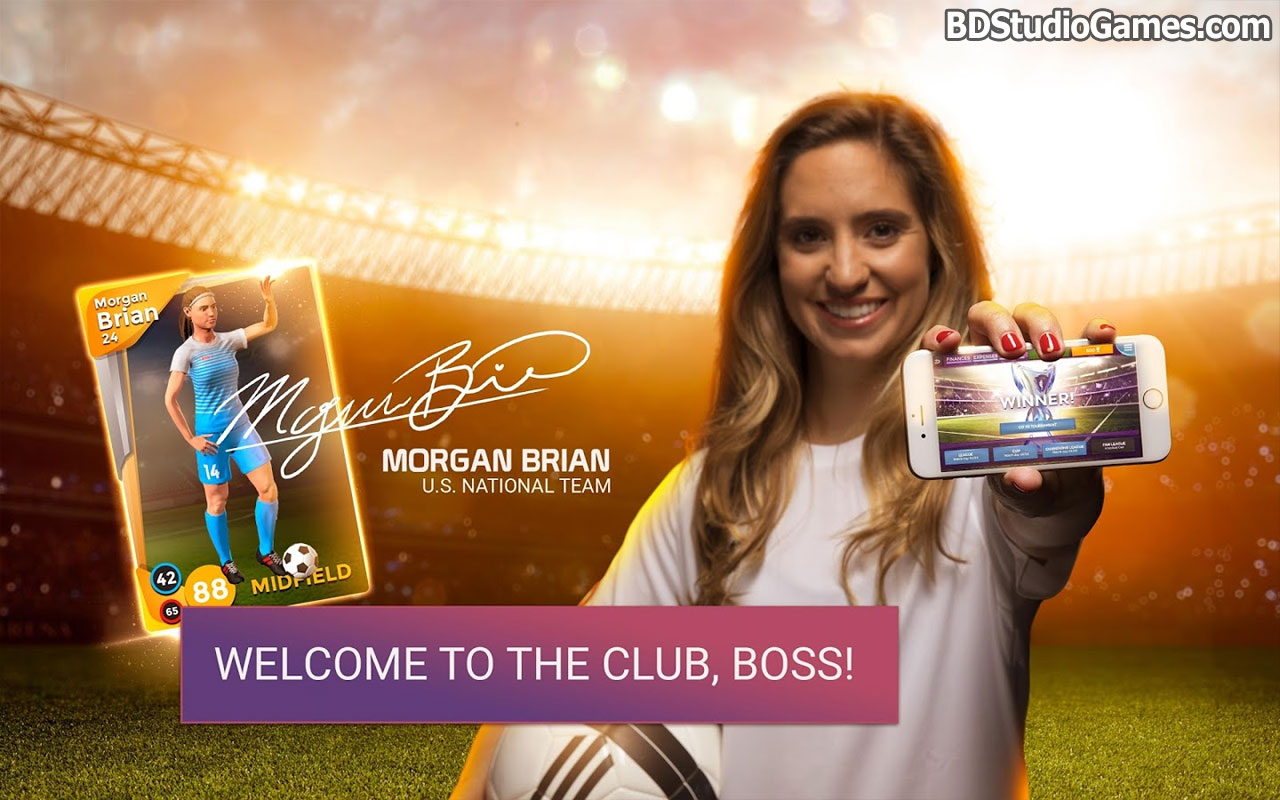 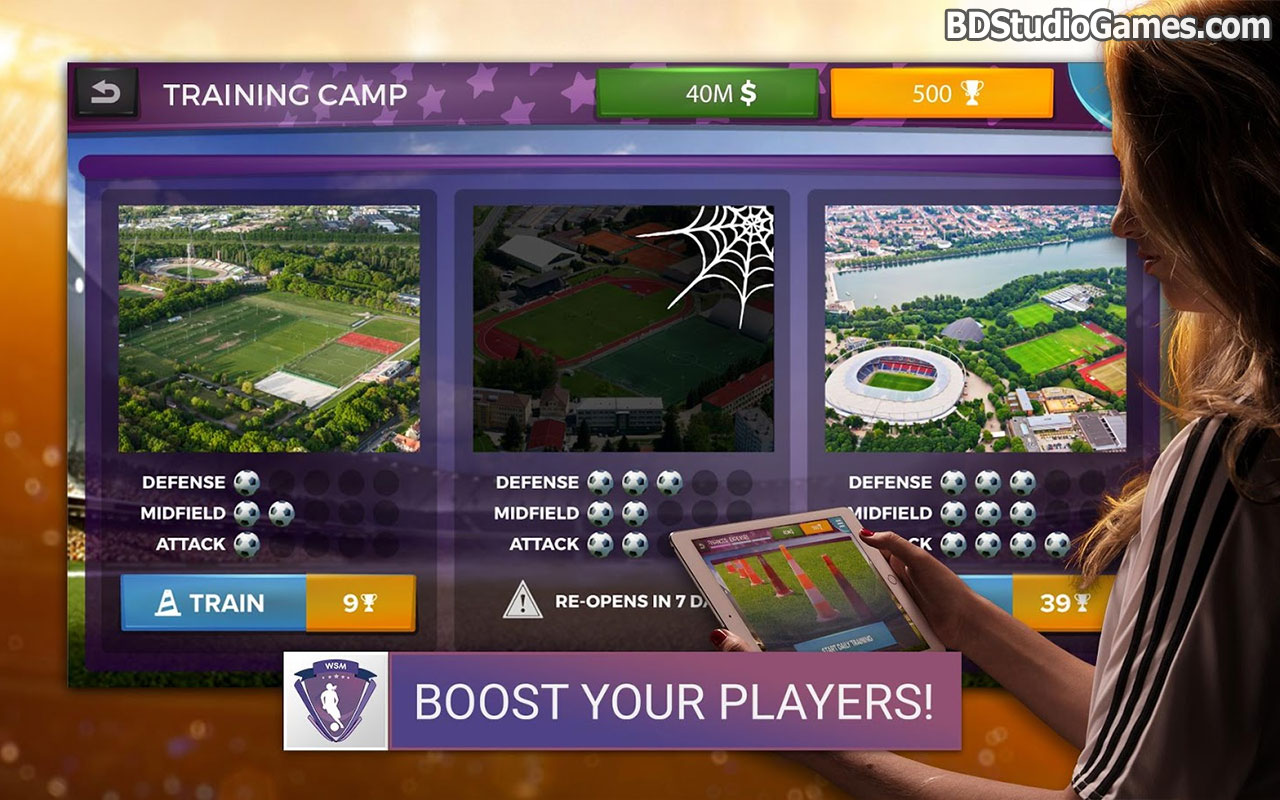 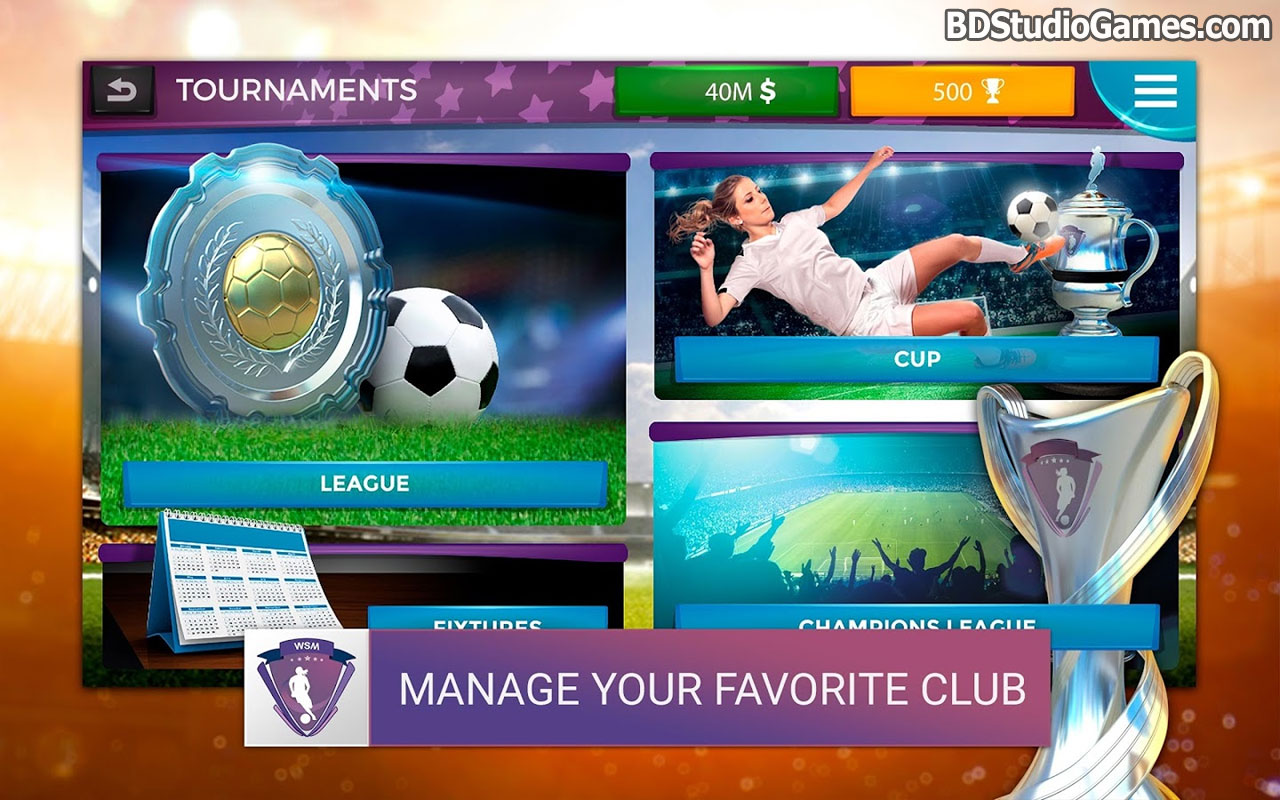 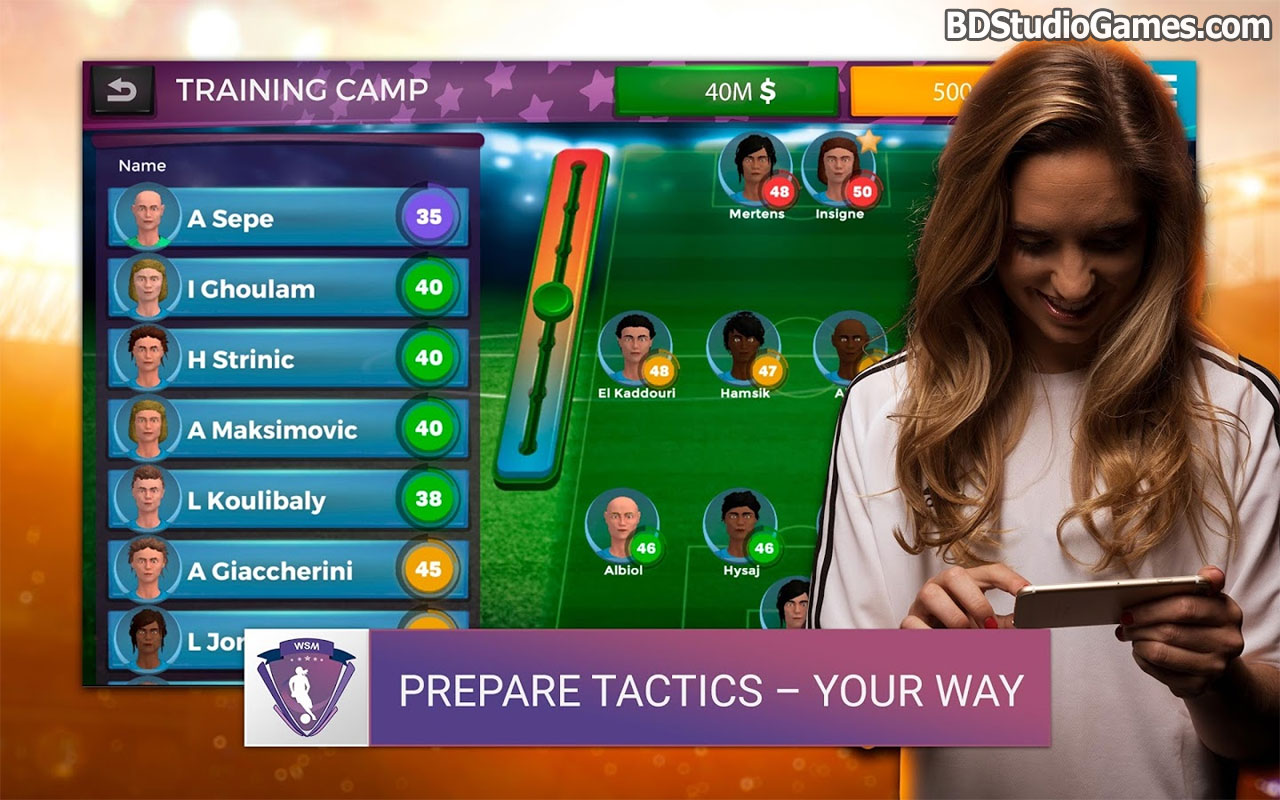 Choose your favorite club from one of the numerous women's soccer leagues around the world. Manage famous clubs like Barcelona, Arsenal or Lyon with authentic soccer players and recruit the most exciting stars to strengthen your team. Compete in the national pro soccer leagues, cup and Champions League and other famous leagues such as NWSL, USWNT, FA WSL, UEFA Women's Champions league and take your top eleven women's soccer players team to glory in this one of a kind - Women's Soccer Manager.