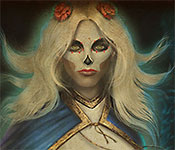 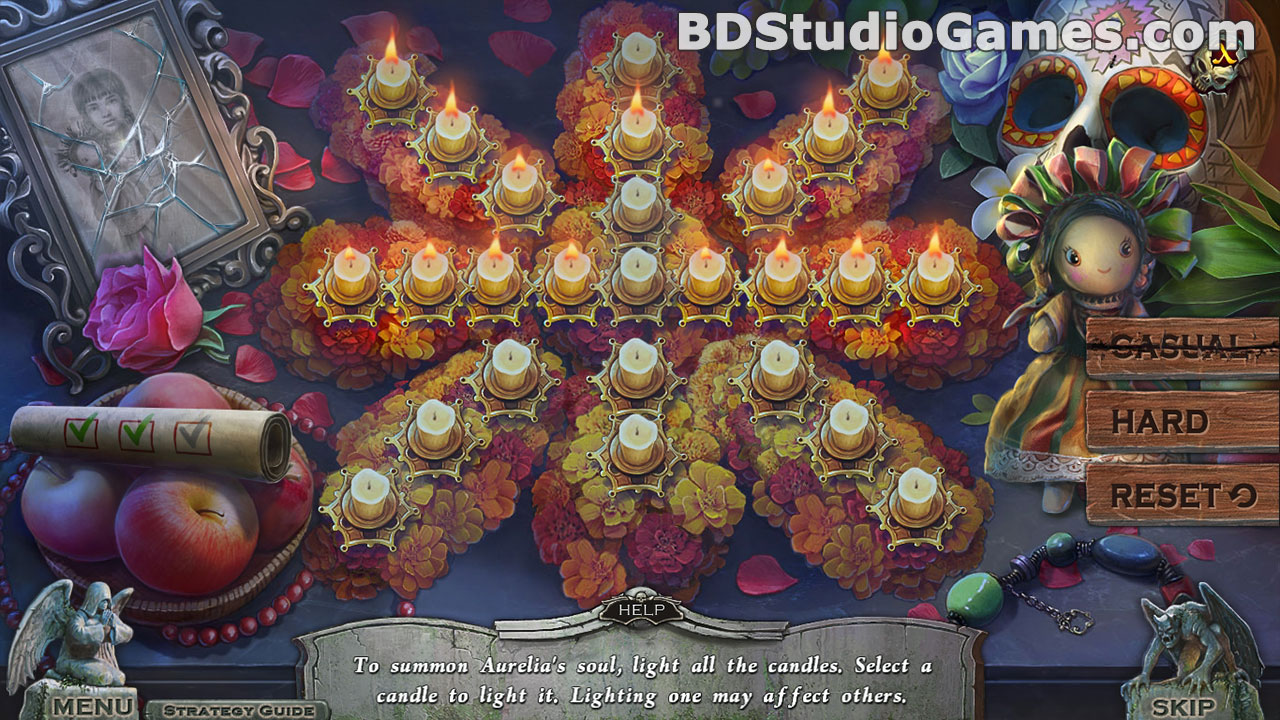 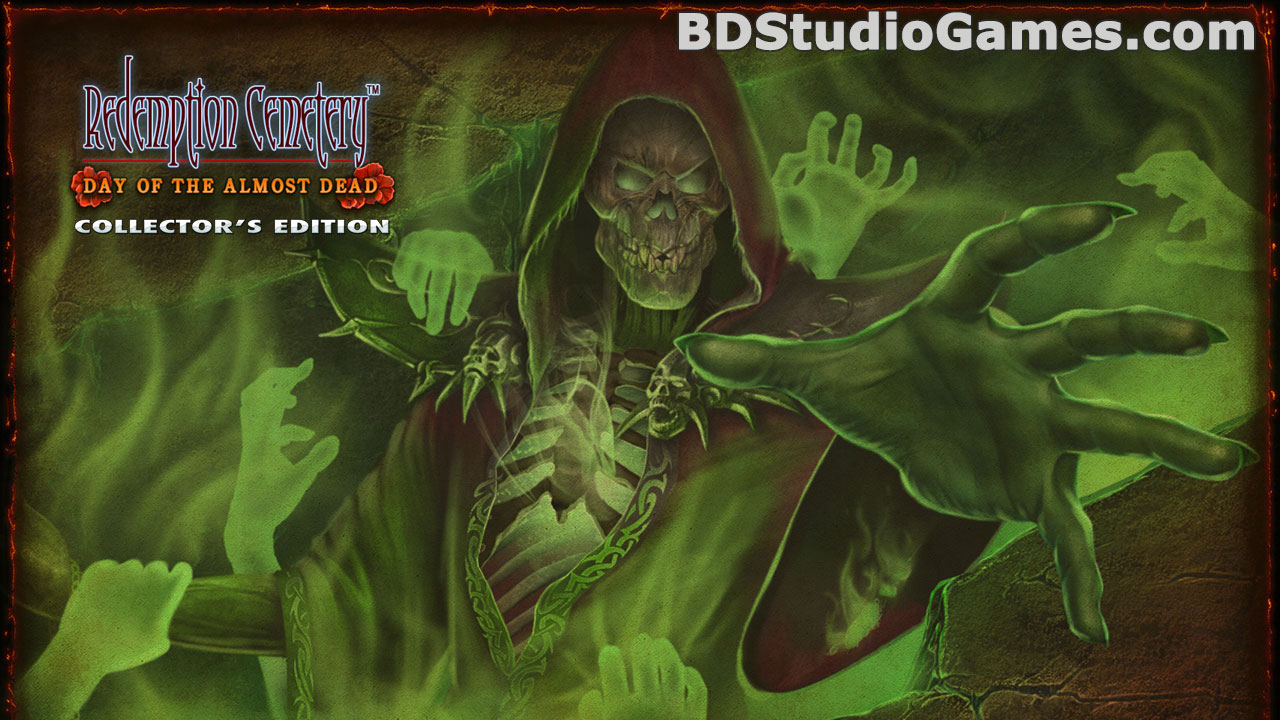 I'm sorry, but in our city, there's a centuries-old tradition of celebrating the Day of the Dead. I don't let visitors in until the clock strikes midnight. It's almost midnight! I need to get into the cemetery and meet Santa Muerte!

I don't know anything about that, and there's definitely no living being in the cemetery. Rules are rules. The gate will only open at midnight. You'll have to wait like the other visitors.

According to the legend, Santa Muerte is a psychopomp, a guide between the world of the living and the world of the dead. Her magical powers are used only for good. On the Day of the Dead, she enters this world to help the dead and the living reunite.

According to the legend, Kalaka is the accomplice of Shibalba. He gathers innocent souls to enable Shibalba to enter the world of the living and give Kalaka immortality. His most distinctive feature is magically glowing eyes.

According to the legend, Shibalba is the god of death, the embodiment of evil. Using a magical amulet and his minions, he devours souls of the innocent. If he gathers twelve souls, he will rise on the Day of the Dead and turn the world of the living to ash.

Sign-up to get informed when the Redemption Cemetery series has new game released with BD Studio Games' FREE bi-weekly newsletter.