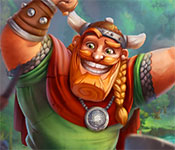 There are many screenshots in this walkthrough, you can choose to download the full walkthrough now.

Viking Chronicles: Tale of the Lost Queen is a resource management game with a very addictive storyline. Use following walkthrough, tips and tricks to help you play the game, especially when you got stucked in playing.

Level 4: Looking for trees carefully, they generate lumbers for you.

Level 5: Completing other goals firstly, after collecting enough wood, you need to demolish all buildings except hut, rebuild the other huts and upgrade, then clear the level.

Level 7: you can buy stone in Quarry, so firstly you need to build a Quarry. Build a hut and collect at least 500 coins before you can build Quarry.

Level 8: Lake can produce food, which needs to be clicked and collected every time. In the left bottom corner, there is a chest, you can get coins, and then you can restore the field.

Level 9: You need to build the hut first. After collecting enough coins, demolish the hut, build Quarry in place, and then buy the stone to fix the bridge and complete the level.

Level 10: You can make money from berry and lake, then destroy Shaman's Hut, in the last hut, there is Vatan's Pendant, then talk to 5 NPCs and finish the level.

Level 11: Collecting resources to build a hut. After you have enough coins, you need to destroy a hut, then build Quarry, and finally pass through.

Level 12: Build hut, collect coins, build farms, collect food. Collect coins constantly while keeping a hut. Then according to the needs of the npc, the remaining buildings will be built, the corresponding buildings will be built, the resources will be collected, then demolish the building, build other buildings and collect the resources until all of NPC's needs are met, and the houseshoe will be collected. The last houseshoe is at the back of the tree in the lower right corner. The artifact is at the volcanic place on the left. Look at the below screenshot. 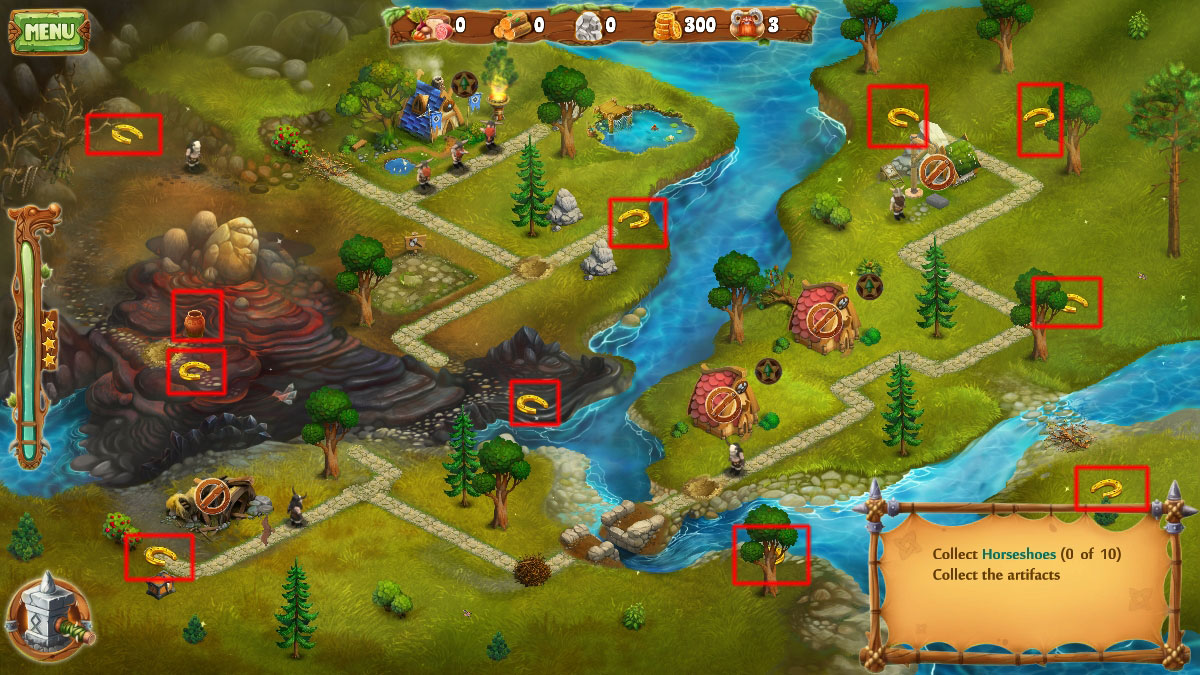 Level 13: The design of this level has some problems. It only needs to complete the construction of the marketplace, and constantly collect food at the cherry, you can pass the level.

Level 14: Totem is in the big stone on the right. You need to upgrade the Viking House first. After you have reached 3 vikings, you can open the stone. You can demolish a hut, build a sawmill, buy wood, upgrade the viking house. After repairing the totem, go to the bear's place. Get the artifact. 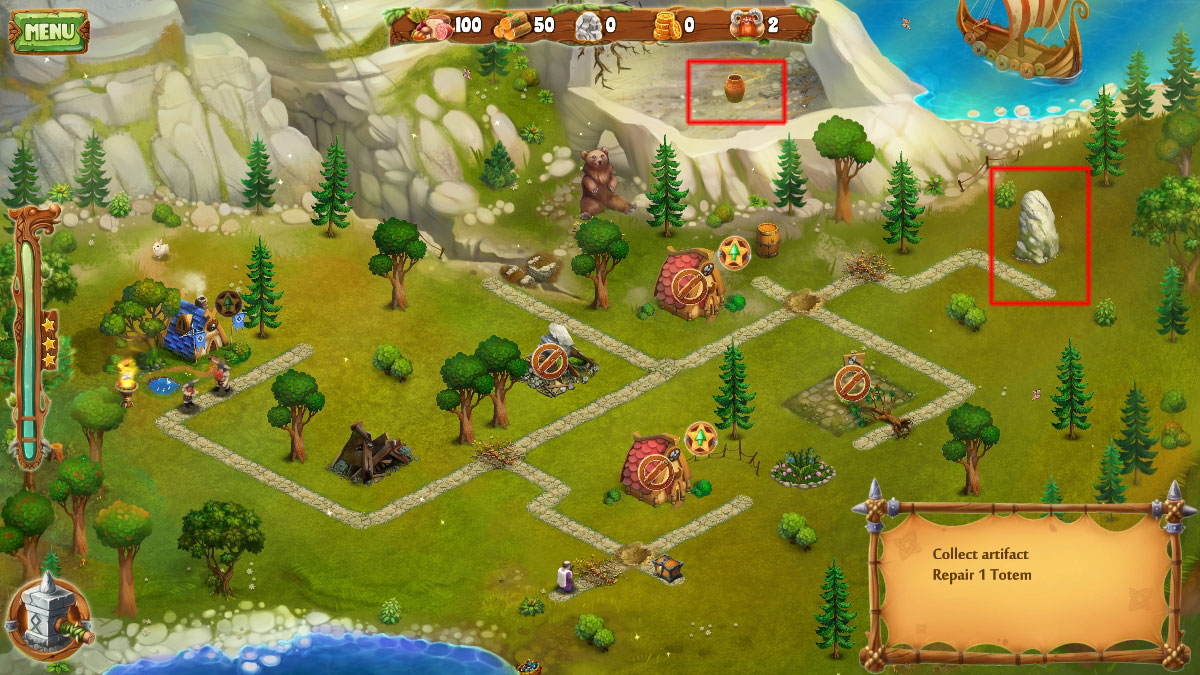 Level 15: First build the hut, then build the sawmill, from the lake, you can continue to produce food. Then build Quarry, produce the stone, and fix the stone bridge.

Level 16: Build a hut, collect coins, build Quarry, buy stones, talk to NPC, and complete their mission. The last item is in the lower left corner, as shown in the screenshot: 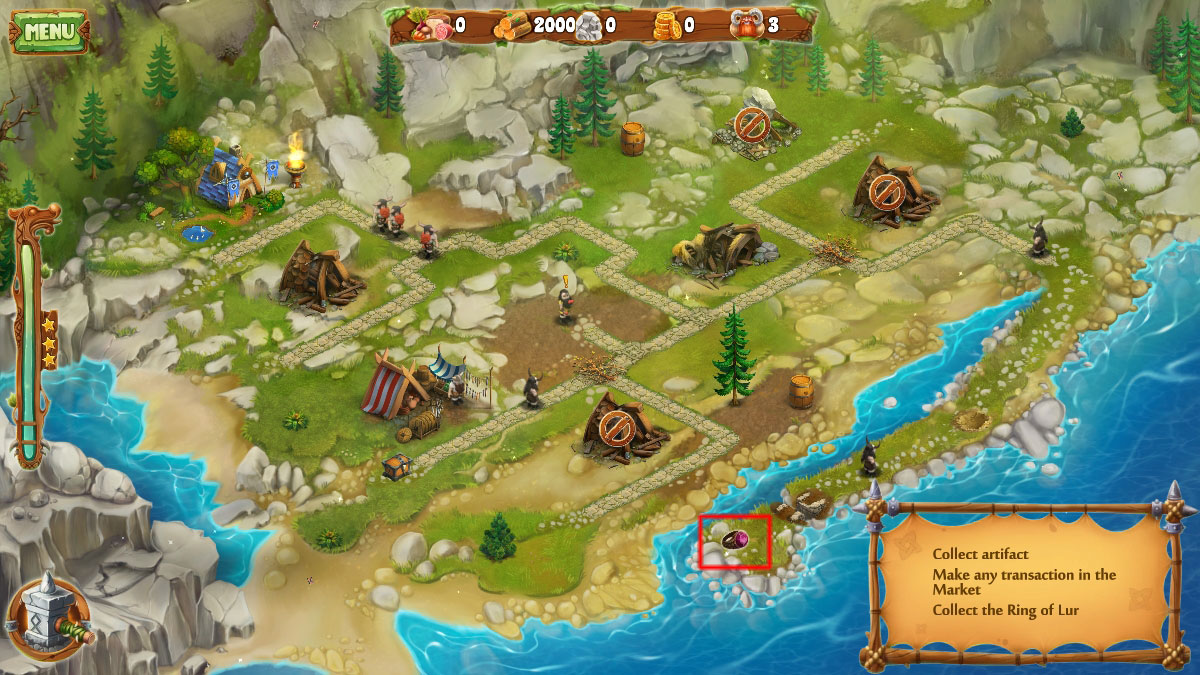 Level 17: There is food in the box at the top right, and then use these foods to build the hut. After having enough coins, build the Farm. Repair the sawmill. Repair the temple.

Level 18: This level has a bug, you need a fire to fire up the lighthouse, but you can not get it from the NPC, the game will be locked when you talk with the NPC. So, this walkthrough can only be written to this level.

[Update] Level 18: Please download this updated version, the bug has been fixed in this version.

Level 19: Collect food and talk with the NPC, then collect coins in the left screen. Repair the sawmill, build nuts and upgrade, then repair the quarry and buy stones. Collect all other resources then repair the temple and build one farm (you need demolish one building).

Level 20: Collect food and stone, then repair the bridge. Repair the well and collect the water. Build one nut and collect coins. Build on quarry and get stones. Artifact is in the right corner.

Level 22: Collect food and trade with the NPC and get stones, then repair the bridge and get the gem. The gem is in the left side. 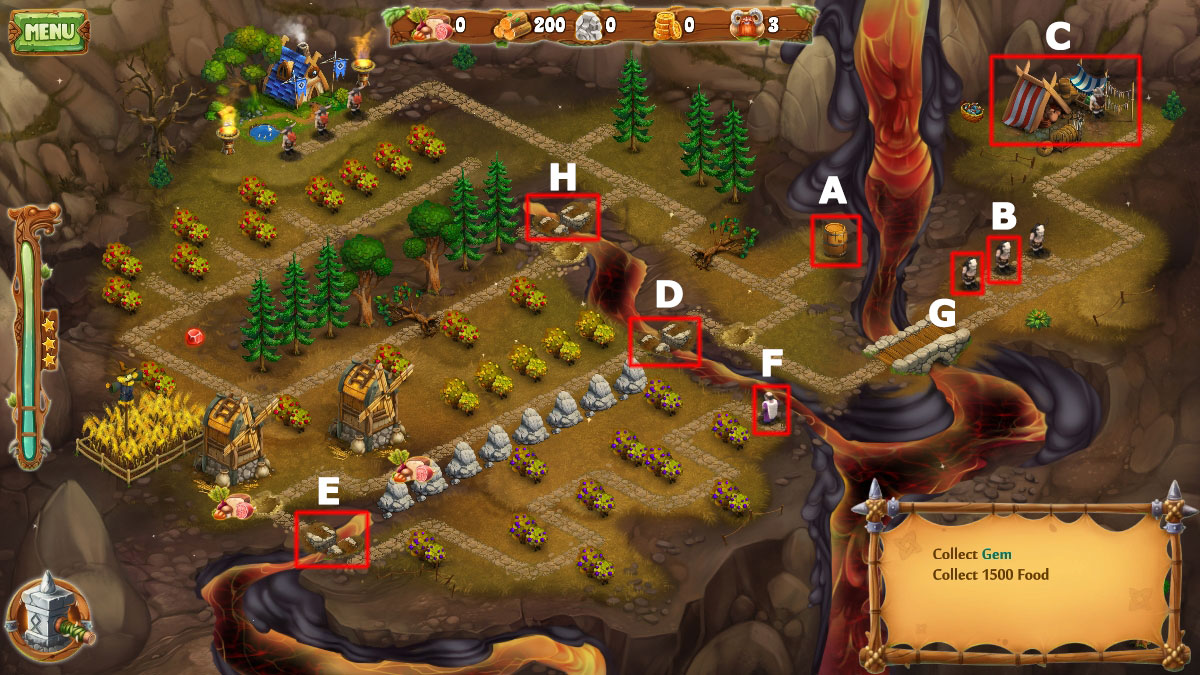 Level 23: Trade with the NPC located in the top right corner of the viking home, then open the chest, get food, build one nut and collect coins. Build other buildings and talk with all other NPCs, collect enough coins and build other building on all your empty building blocks.

Level 25: Repair the bridge and collect the coins in lower left corner, trade with the NPC, then you can get food at the lake, then build the nut and go on.

Level 26; Collect all resources and crack the stone in the top right corner.

Level 27: Collect all resources and collect all 7 gems. See below screenshot for detailed locations. 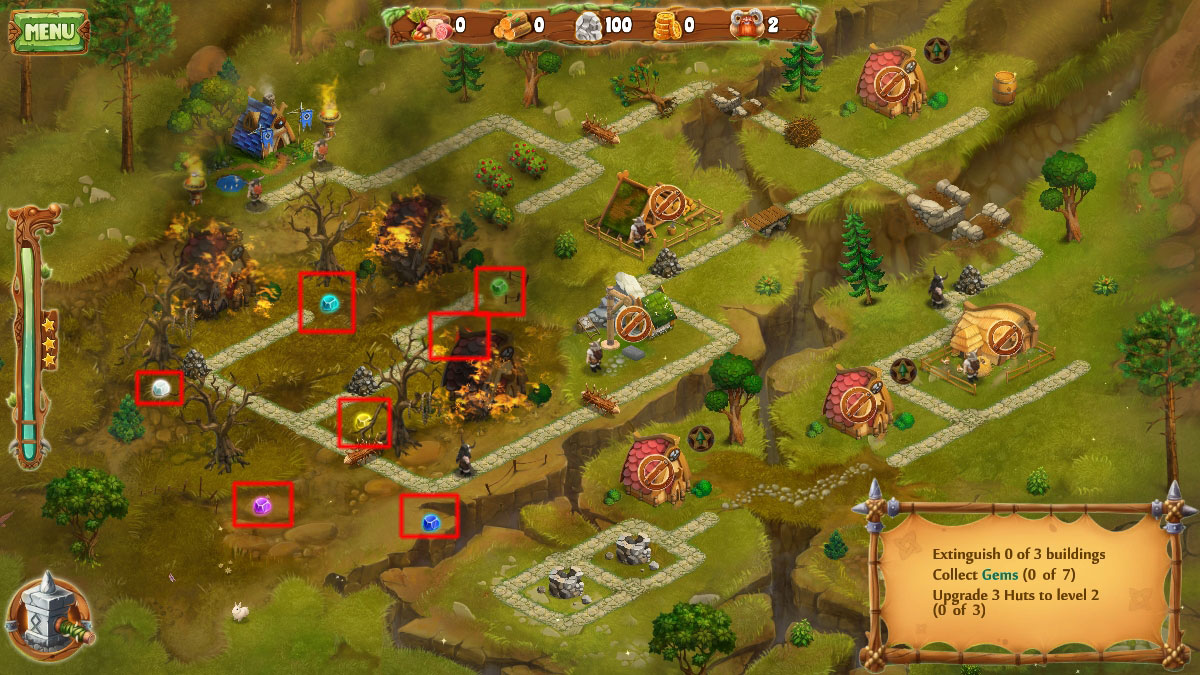 Level 29: Collect enough coins and demolish one hut, then build a quarry and buy stones, repair all of the bridges to the horse's location.

Sign-up to get informed when the Viking Chronicles series has new game released with BD Studio Games' FREE bi-weekly newsletter.