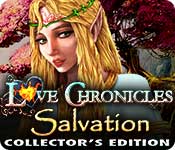 The evil Alura is back and this time she’s attacking your homeland!

You’ve got the chance to undo her fate, but can the witch be redeemed? Behind her evil is the one who caused it all– a dark lord by the name of Zander.

Stop him and undo the damage he dealt to Alura’s restless spirit!