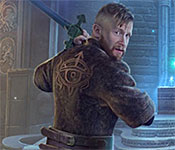 Witches Legacy: Secret Enemy is a hidden object game developed by EleFun Games and will be published by Big Fish Games, This game will coming soon, BD Studio Games write this review for all of the hidden object game fans. Read this review and you will get a over all impression about Witches Legacy: Secret Enemy. We give this game 4 out of 5 stars. 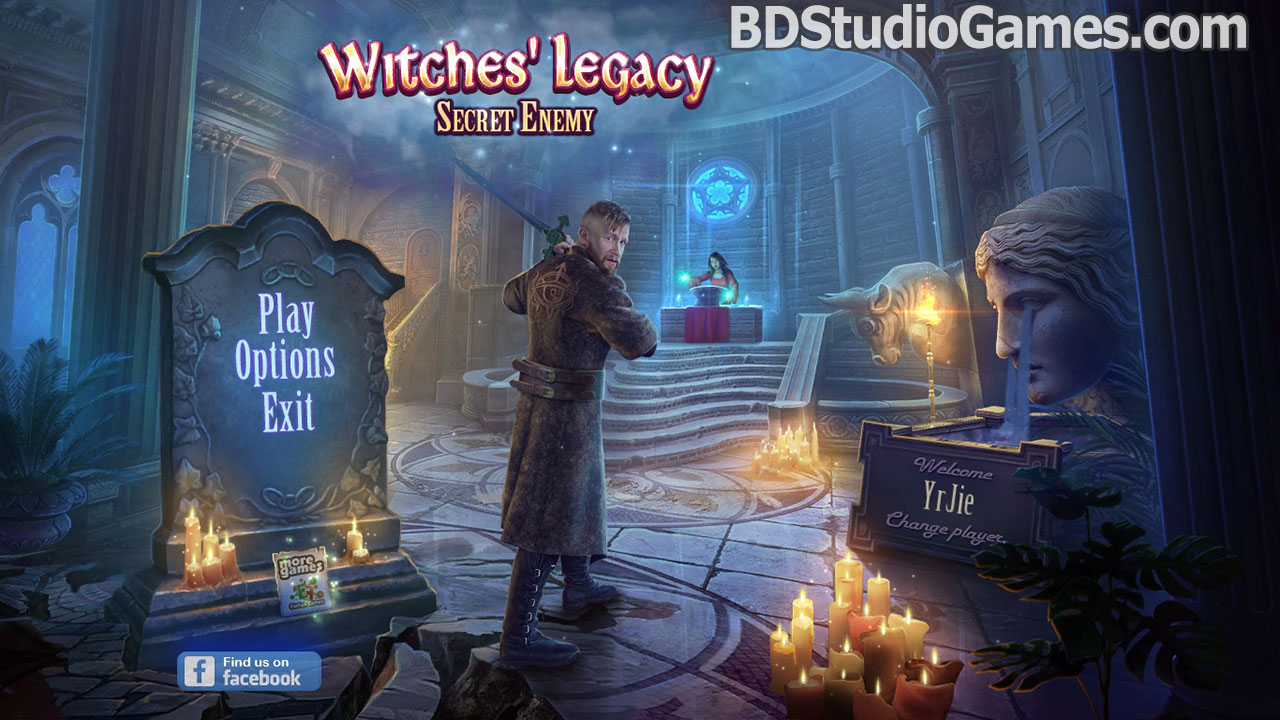 The graphics of the game are as beautiful as ever, and the storyline fits perfectly into the story of the game.

The story of the game is very attractive and very interesting, making it easy for people to continue.

Finding hidden object items can be done by playing the matching game.

The mini game's background music is very beautiful and addictive. I like it very much. This kind of ethereal background music really makes people feel very relaxed, and the fatigue of the whole day is gone. 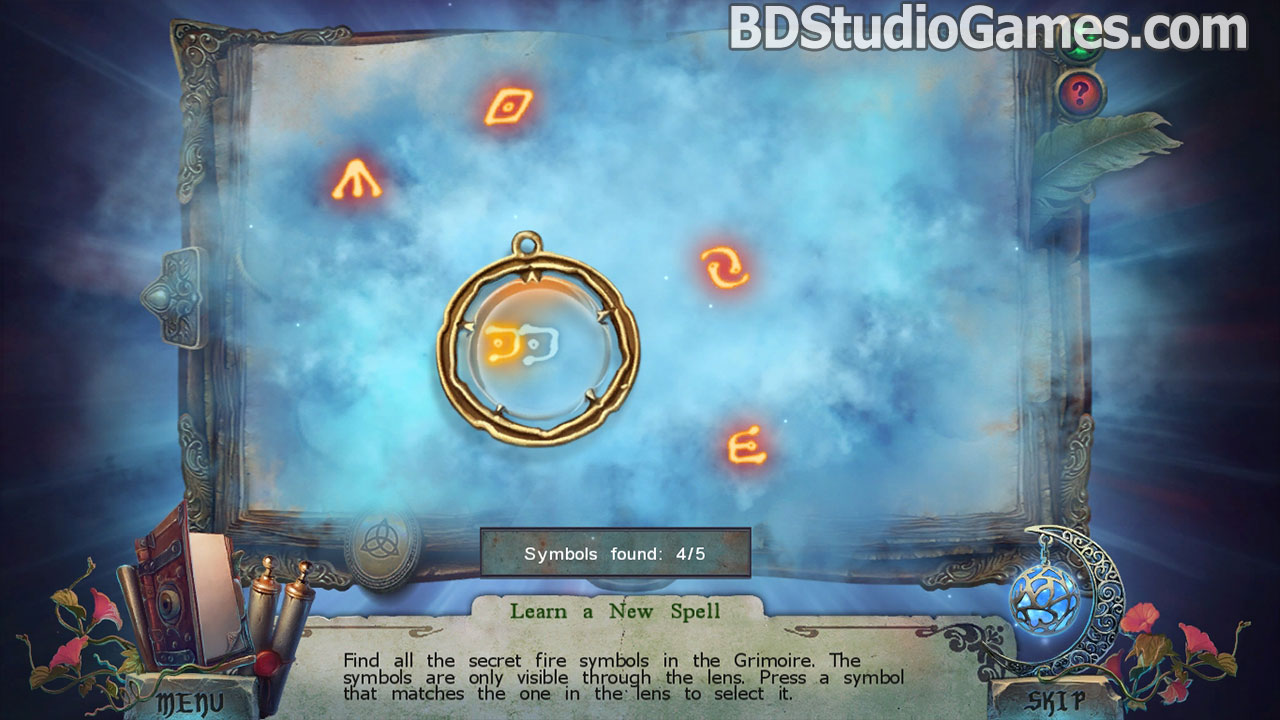 The scene of the puzzles is also very beautiful, which left a deep impression on me. I really like this kind of picture. If I can produce a game that is more suitable for the plot and the picture, I think it is just too good. Think of it, it's like watching a fascinating movie. 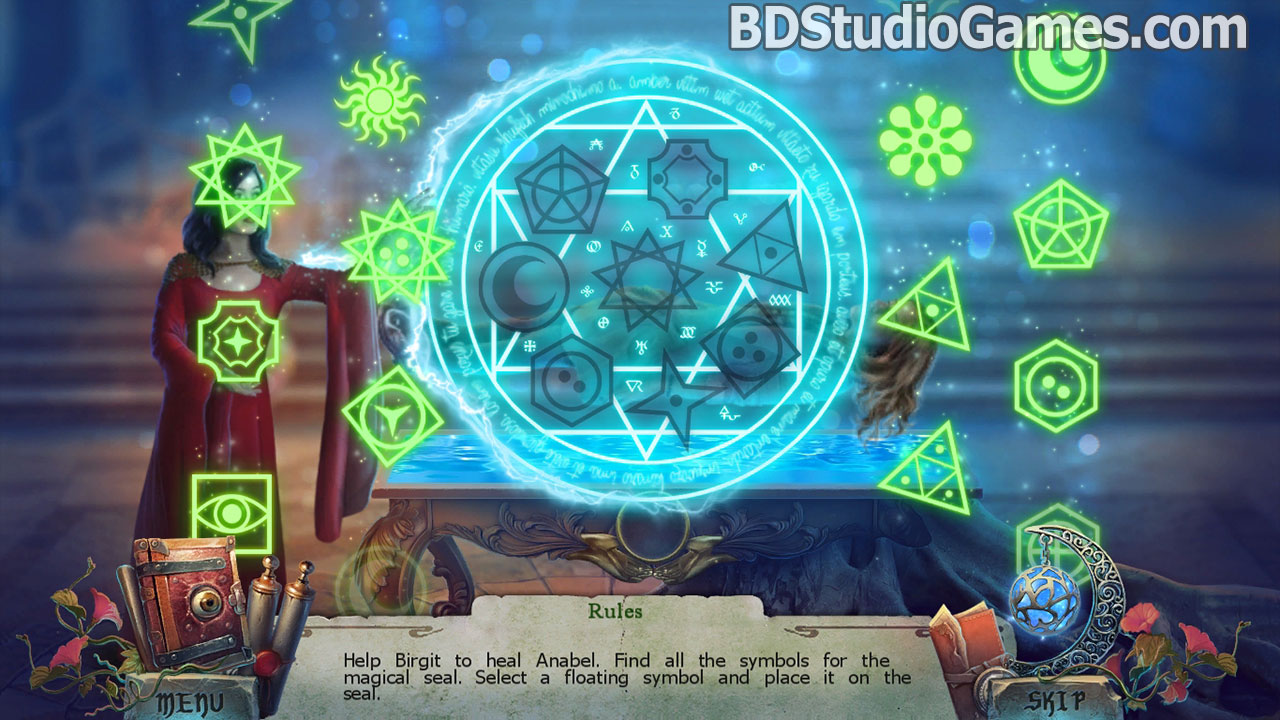 Some puzzles test your memory very much. For example, the following ones require you to remember the position of each graphic before you can pass. 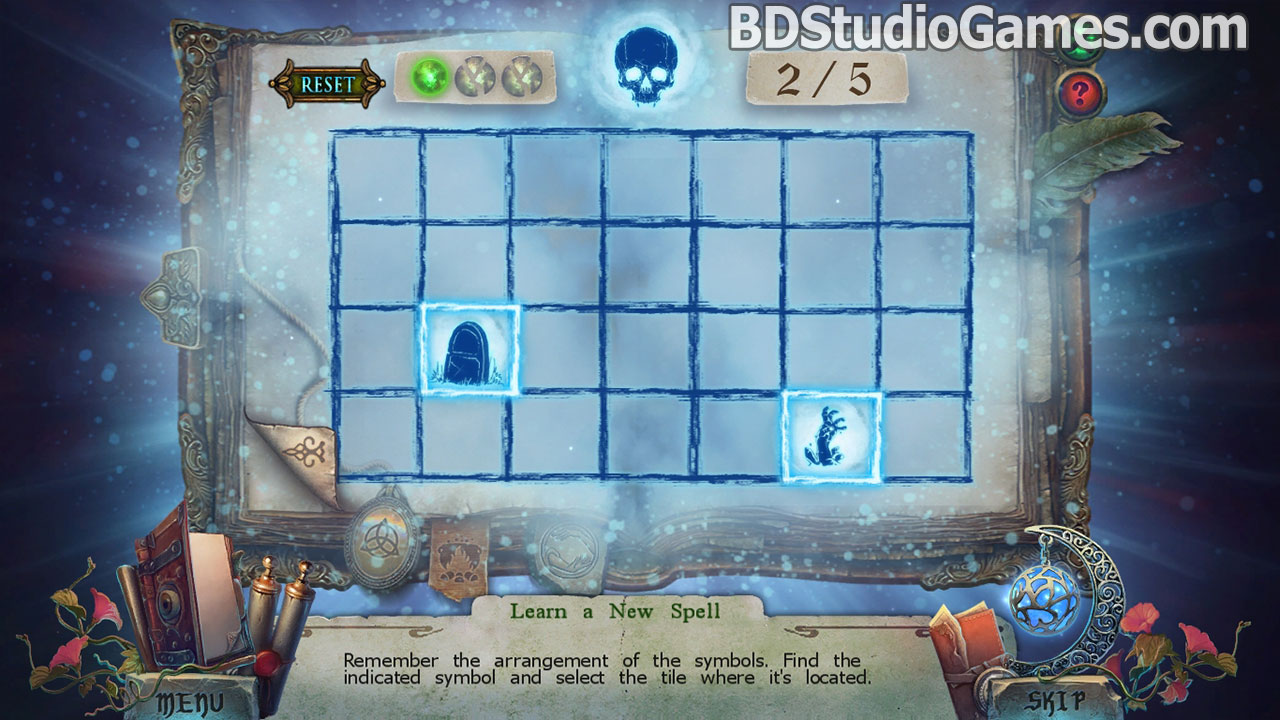 Witches Legacy: Secret Enemy has a very nice improvement. The scene of finding an item is not a simple still scene. The scene in this game becomes a lovely and lively scene, which makes it easier for players to get into the game's story, for example the following scene: 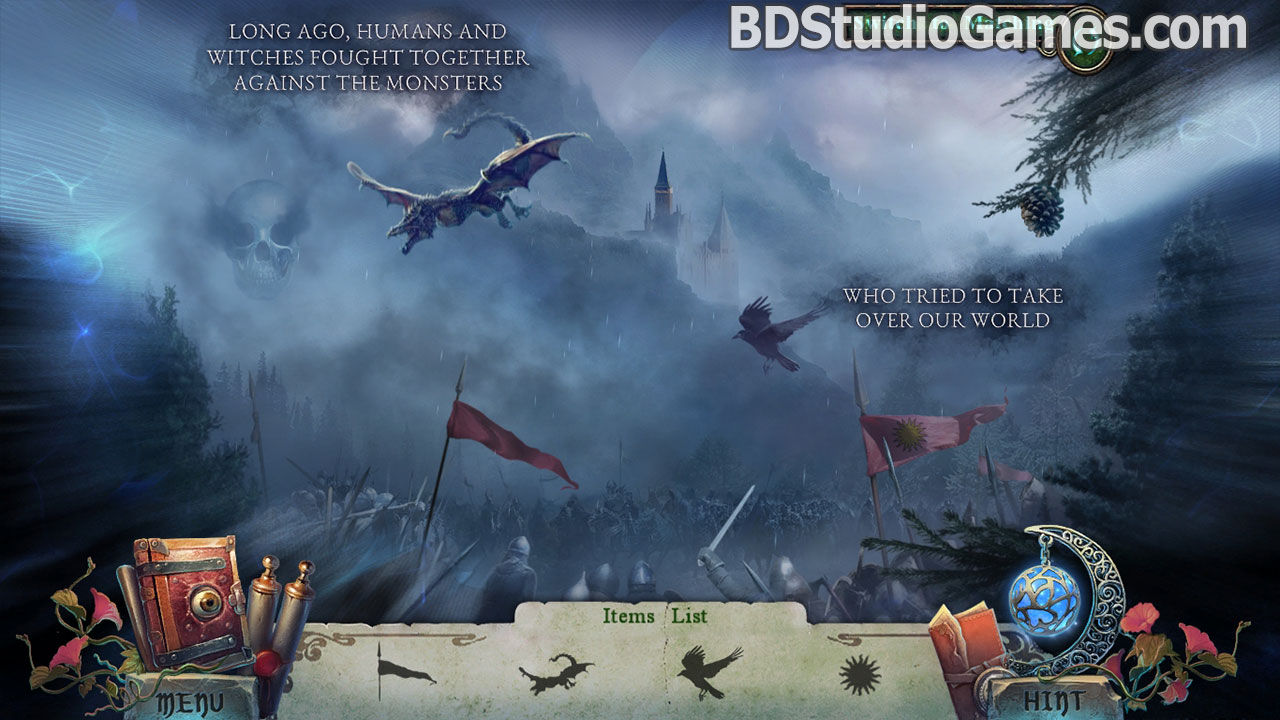 The storyline of the game is a degree of relaxation. After our players have experienced a long and peaceful story, suddenly the game has entered a climax and the rhythm has begun to change rapidly. I can't reveal more game plots here. I can only say that this game is really beyond my expectation. It feels like a slow game.

It's very interesting to say. When the story is tense, I don't consciously speed up my operation. I feel like I want to help the characters in the game as soon as possible. In the narrative of the story, this game is done very well. I think that when we evaluate the game, we should use the story as a criterion for judging.

Also, the combination of mini-games and plots is very good, such as the following, very in line with the development of the plot, although the difficulty of the game is not very hard, but this setting gives me a feeling that I have entered the game, Experience the stories and emotions of the characters inside. 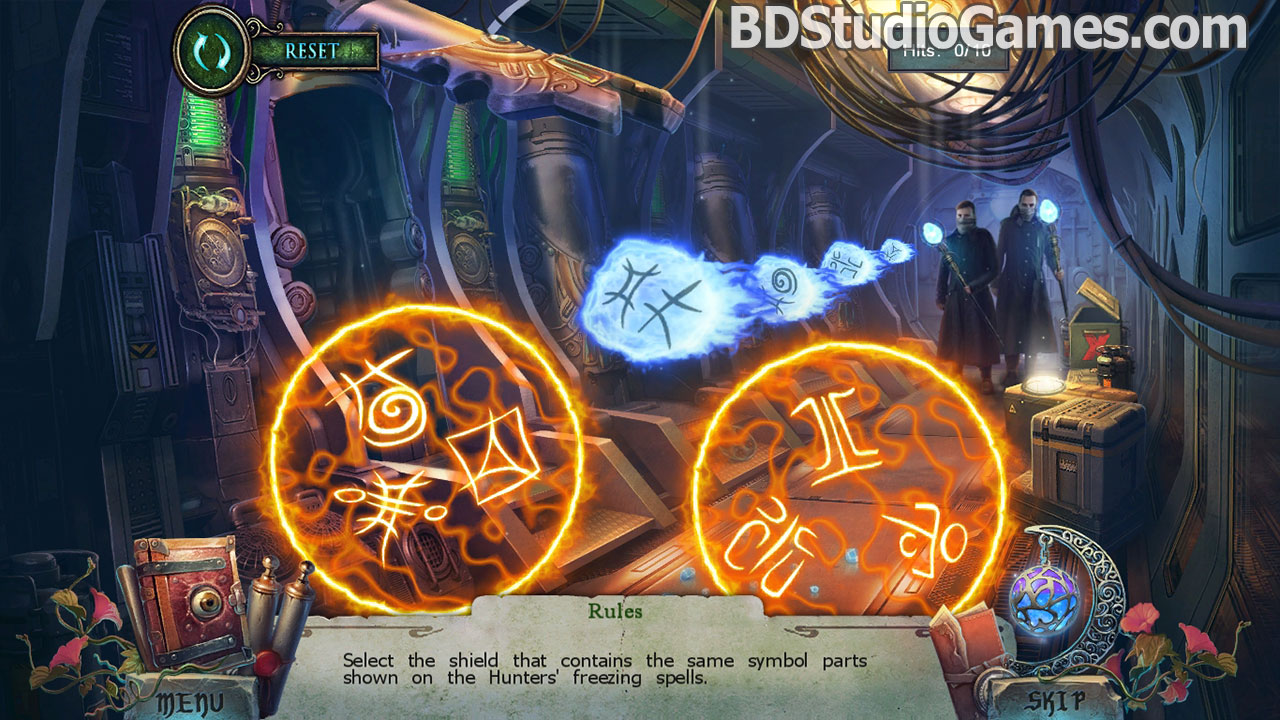 In the game, some places that are not very satisfactory. There always has a plot in hidden object games and you need to find some items, configure a potion according to the formula and save someone. I hope that the developers of the games will be able to make some innovations and make the game and the plot more closely combined. Instead of always repeating the past.

In general, Witches Legacy: Secret Enemy is a heart-made game, I recommend it to you, you will not be disappointed.

We also have a walkthrough for this game: Witches Legacy: Secret Enemy Walkthorugh

Sign-up to get informed when the Witches Legacy series has new game released with BD Studio Games' FREE bi-weekly newsletter.